stayed in a chateau owned by a friend of the Chaos, who runs a restaurant there

hosted my first author Q&A on the blog

decided to reclaim the word “fat” 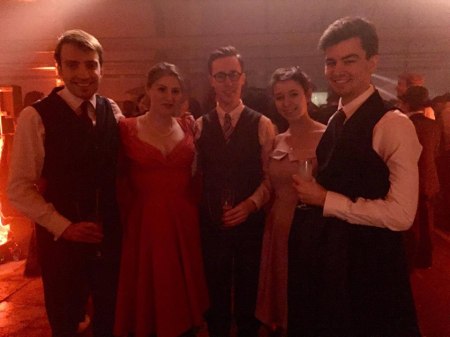 mourned the results of the EU referendum

welcomed my parents to our London flat for the first time!

visited St. Ives (and decided to write my second novel about Barbara Hepworth)

bitched mightily about having to walk uphill in Cornwall 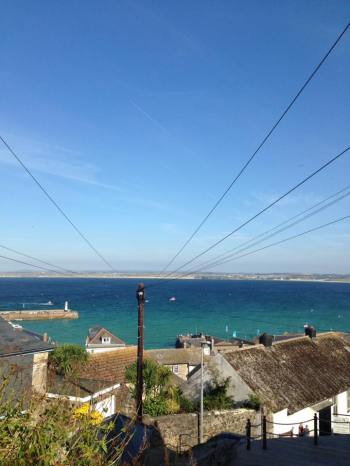 participated in a mass read-through of Henry VI, Part 1 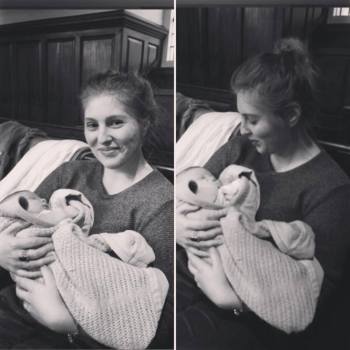 sang at the Royal Albert Hall

waited tables during the pre-Christmas period (this is hard)

mourned the results of the US election

It hasn’t been a good year, though. On a personal level, it has mostly been really pretty good, but posting about how good my year was is solipsistically gross if I fail to include the fact that it has been a bad year in many other ways: for the LGBTQ+ folks in Orlando’s Pulse nightclub and their friends and family; for pretty much everyone in Syria; for the women of Ohio, where the state legislature has just pushed through a six-week abortion ban; for a substantial portion of Trump voters who didn’t realise that Trump’s promise to repeal the Affordable Care Act would make their lives literally unlivable; for the people of Valence and Berlin and Nice and Baghdad and Brussels and Istanbul and Quetta. For Jo Cox’s husband and children. For the families of the 258 black people murdered by police in America this year: Philando Castile, Alton Sterling, Korryn Gaines, Laronda Sweatt, Deresha Armstrong.

If you think for one minute that this is in some way not your problem, you’re wrong.

2017: if you want it to be a better year, there’s only one way to go about it—you can’t stop celebrities from dying or TV networks from moving your favourite show. You can give your time, and you can give your money. Here are some ideas:

Richmond Reproductive Freedom Project – I donate to this institution because it’s in my home state. I guarantee there’s something similar near you, or you can give to Planned Parenthood.

Safety Pin Box takes the nice-but-not-exactly-super-effective idea of safety pin allyship and makes it a real thing: your subscription gets you two or three “ally tasks” a month, all of which are directly effective in the fight against white supremacy.

Liberty is England’s premier human rights organisation and it is RIDICULOUSLY cheap to become a member. You can give as much as you want/can afford, but some subscriptions are as little as £1 a month; the highest individual subscription fee is only £15.

Do what works for you. Do something that you’re just a little bit uncomfortable with: a couple of hours a week volunteering, or donating £5 more per month than your budget can absorb without having to change. Or call people out at your school/workplace/kitchen table: it can be just as uncomfortable, and just as important.

Anyway, whatever you do, have a very happy New Year. Onwards!