Now that I’ve finished the first book of the last month of the year, I can start with all of the usual end-of-year posting. These are the opening lines of the first book I’ve read each month, with a little bit about said book, and what I thought of it (not to be confused with the Best Of Year roundup!) 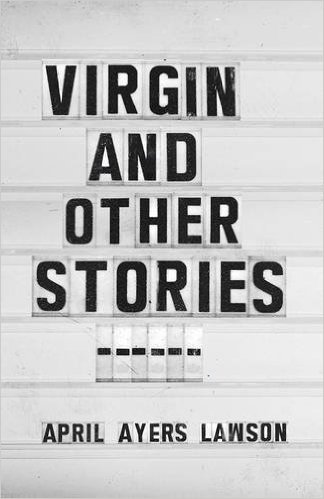 January: “Jake hadn’t meant to stare at her breasts, but there they were, absurdly beautiful, almost glowing above the plunging neckline of the faded blue dress.”—Virgin And Other Stories by April Ayers Lawson. The surest sign that my reading has changed this year is that this sentence didn’t especially register back in January, but made me raise an eyebrow high when I reread it two minutes ago. 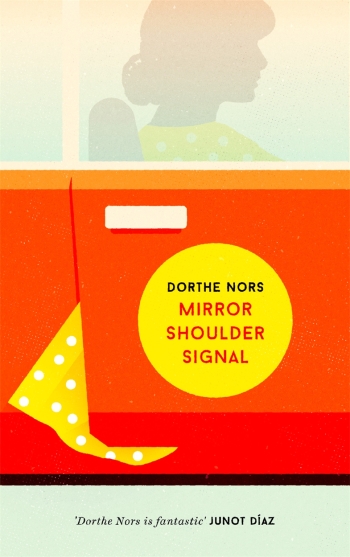 February: “Sonja is sitting in a car, and she’s brought her dictionary along.”—Mirror Shoulder Signal, by Dorthe Nors. I remember reading this while walking to work at a restaurant in Pimlico, where I waited tables for a deeply un-fun month and a half. Sharp and fresh and kind of off-kilter; it was on the Man Booker International shortlist for a reason. 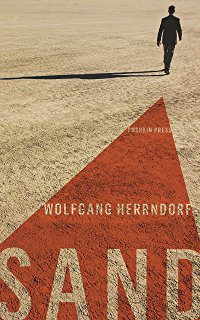 March: “Atop the mud-brick wall stood a man stripped to the waist, with his arms stretched out to the sides as if crucified.”—Sand, by Wolfgang Herrndorf. The pitch-blackest comedy I’ve ever read; a spy novel at once hopelessly enigmatic, deeply pessimistic, and posing the most serious moral questions. It’ll be in my Books of the Year for sure. 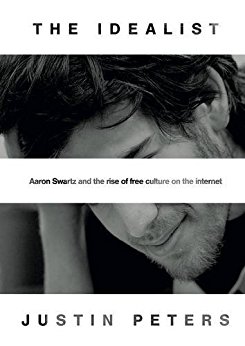 April: “On Friday, January 4, 2013, Aaron Swartz awoke in an excellent mood.”—The Idealist, by Justin Peters. A biography of Swartz, a programming prodigy (he helped develop Creative Commons at the age of fifteen) and advocate of open source software and the free exchange of ideas. Absolutely essential reading for anyone who reads or uses a computer (so, you.) 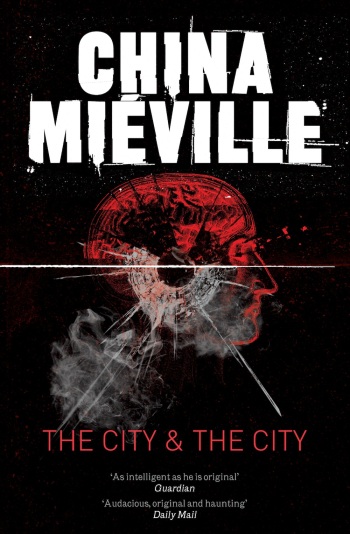 May: “I could not see the street or much of the estate.”—The City and the City, by China Miéville. A phenomenal mindfuck of a book; a riff on urban isolation and solipsism, I think, and maybe also on willful political blindness, plus there’s a great noir plot. 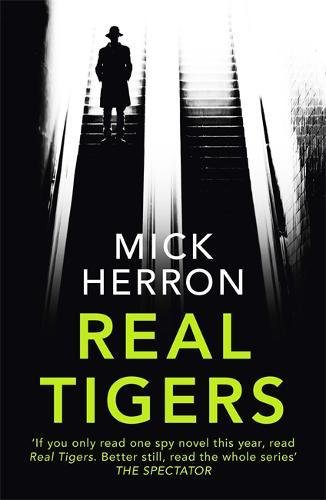 June: “Like most forms of corruption, it began with men in suits.”—Real Tigers, by Mick Herron. We love Mick Herron at the bookshop; this is the third of his Slough House series, about a department of disgraced MI5 agents. One could wish for slightly fewer wisecracks in this volume, but it’s solid and tons of fun. 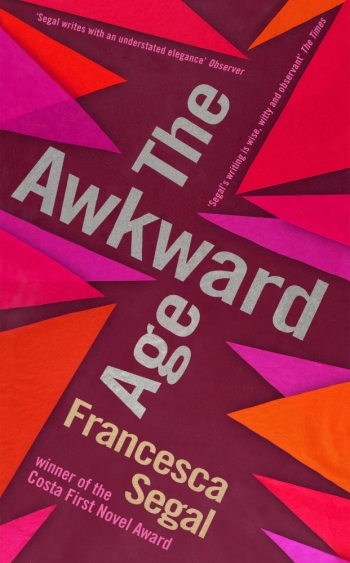 July: “The teenagers would fuck it up.”—The Awkward Age, by Francesca Segal. Does anyone write about parenthood and intergenerational conflict (and surprising alliances) with more sly, sympathetic wit than Francesca Segal? I doubt it. 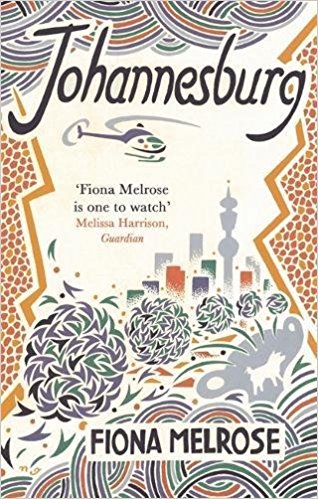 August: “It had been a bad night for nervous dogs.”—Johannesburg, by Fiona Melrose. A deeply thought-provoking remix of Mrs. Dalloway, set on the day of the announcement of Nelson Mandela’s death. 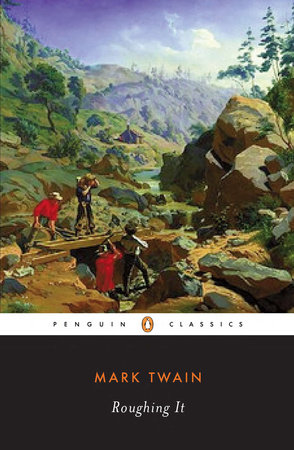 September: “This book is merely a personal narrative, and not a pretentious history or a philosophical dissertation.”—Roughing It, by Mark Twain. My dad bought me this when I was home for the summer; Twain is one of his favourite writers, and it was lovely to read it back in London and think of him. 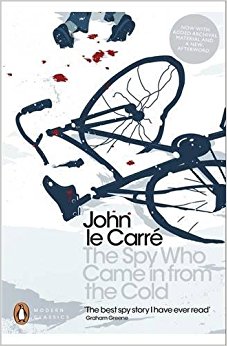 October: “The American handed Leamas another cup of coffee and said, ‘Why don’t you go back and sleep?'”—The Spy Who Came In From the Cold, by John Le Carré. What a first line. Even if you don’t know where you are, you know where you are: somewhere cold, somewhere dark, somewhere not entirely safe. 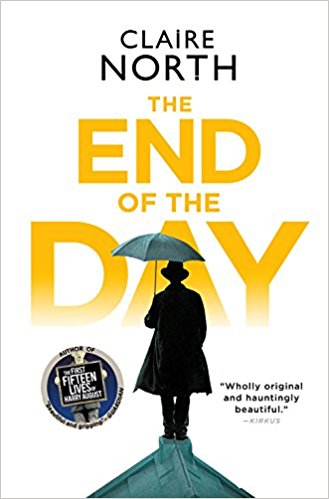 November: “At the end, he sat in the hotel room and counted out the pills.”—The End of the Day, by Claire North. Read as part of the Young Writer of the Year Award shadow panel; I wasn’t entirely impressed with the occasional melodrama of the book, but the idea is very good indeed (our protagonist, Charlie, is the Harbinger of Death) and it’s often a lot of fun. 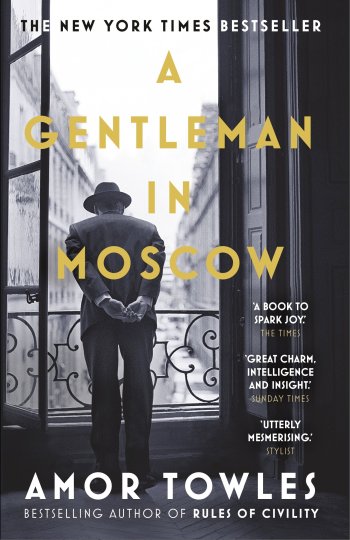 December: “At half past six on the twenty-first of June 1922, when Count Alexander Ilyich Rostov was escorted through the gates of the Kremlin onto Red Square, it was glorious and cool.”—A Gentleman In Moscow, Amor Towles. What a gorgeous book: tender, tough, and endlessly empathetic. It too will make my Books of the Year without question.

Is this representative of this year’s reading? Not enormously; I read a lot more speculative fiction than this slice suggests, although I think the male-to-female author ratio is about right (pretty close to 50:50). It’s an all-white line-up, which isn’t quite right either; I read some brilliant works by authors of colour this year: David Olusoga, Zadie Smith, Sarah Ladipo Manyika, Yaa Gyasi, Colson Whitehead, Patrice Lawrence, Kei Miller, Yukio Mishima, Omar El Akkad, Nnedi Okorafor, Kamila Shamsie… (More on some of these in the Books of the Year post.)

What this fragment of my reading does accurately reflect, however, is that I read a hell of a lot of spy novels this year, statistically speaking. Clearly, espionage was this year’s escapism flavour of choice.

What seems to have improved in 2017 is either my ability to choose books for myself more cannily, or my ability to get more out of more varied titles—or, possibly, both. I don’t do star ratings on this blog because I find them at best a crude tool for describing complex things, but Goodreads pretty much makes you use them, and there were a lot of four- or five-star books this year. Long may it be so.