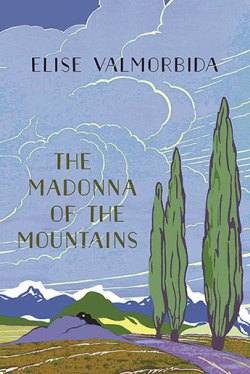 One particular risk of having a reading list or challenge is that it’s easily possible to read several books in a row that, while fine, don’t really excite you; that you’re reading because there’s no reason to put them down and they’re doing their job, but which you don’t feel a pang parting from when you reach work, or the end of your lunch break. This has happened to me: May, A Station On the Path…, and The Waters and the Wild all ended up three-star reads, quite all right but not especially haunting, and not propulsive while I was reading them. (Actually, The Waters and the Wild was, but the structure did most of the work; I found that even as I was racing through the final pages, the relentlessly circuitous prose was frustrating.) The upside of a patch of average reading is that when you do find something emotionally compelling, it breaks upon you like a wave of delight. The Madonna of the Mountains is a book like that. It’s quiet, but it’s brilliant.

It starts in 1923, with a girl called Maria Vittoria embroidering sheets for her dowry trunk. She’s twenty-five, alarmingly old to be unmarried. Her papà has gone to find her a husband. He returns with a man – Achille Montanari, tall and strong and wrapped in glory as a result of vaguely-defined heroism in the last war – and they marry. From there, Elise Valmorbida spins the story of Maria Vittoria’s life: her marriage, her children, the ascent of Mussolini’s government and the onset of WWII. It finishes with her family’s eventual emigration to Australia in 1950. In between these events, Valmorbida demonstrates, life goes on: the war isn’t the point of the novel any more than the question of whether Maria Vittoria will have a husband, a question solved in chapter one. As a result of its refusal to be “about” any one particular event, The Madonna of the Mountains feels both universal (fears about infidelity, a child’s health, how to protect your family in uncertain times) and deeply, richly specific: Valmorbida is interested in process, whether that’s washing laundry in the stream, raising silkworms from eggs, or the arduous hunt for, and fiddly preparation of, snails to eat when there’s no other meat.

Because we’re so deeply embedded in its physical world, The Madonna of the Mountains also feels effortlessly emotionally engaging, without resorting to either melodrama or apparent anachronism. Third-rate historical fiction forces us to care about characters either because we identify with them (often because they have political opinions much like our own, which are suspiciously progressive for their own time, as in The Burning Chambers), or because they’re forced to endure trial after trial, which requires a grudging sort of respect from the reader. Here, neither of those things occurs: Maria Vittoria is very much of her time, a God-fearing Catholic countrywoman whose husband hits her on occasion but whom she will never dream of leaving, who feeds her eldest son first, and who disinherits a daughter with pain but no regret when she brings dishonour to the household. The challenges she faces are both personal and political (indeed, in Fascist Italy, the two are often the same), and in every adversity, her responses are so consistent that it really feels as if you are peering into the head of, let’s say, your great-grandmother; someone whose world is not your world, whose socially conditioned responses are alien to your own. The Madonna of the Mountains is one of the most restrained, yet profoundly convincing, historical novels that I’ve read in years, perhaps ever. I’m delighted to have found it.

8 thoughts on “07. The Madonna of the Mountains, by Elise Valmorbida”