Continuing with my desperate catch-up (I WILL write words about every book I read this year, I will do it if it kills me) with four titles I read at the beginning of September, before starting my holiday. 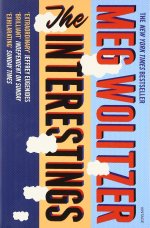 The Interestings, by Meg Wolitzer: It took two and a half goes to get into this, for some reason, but when it finally clicked for me, it was superb. Wolitzer takes a group of smart, talented teenagers who all meet at a kind of hippie artistic summer camp in the 1970s, and catapults them forward in time, mapping the ways in which their relationships to each other, and to other people, change. I’m a real sucker for writing about other art forms, and also for books about friendship groups developing (as opposed to static friendship groups, as in The Secret History, although I love that too in its place), so The Interestings really did it for me: Wolitzer perfectly grasps the unpredictability of adult life, and the tenacity of youthful love. One to look up. 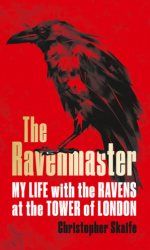 The Ravenmaster, by Christopher Skaife: One of the more delightful memoirs of the latter half of the year (it’s out in October). Skaife is a Yeoman Warder at the Tower of London, and more specifically, the one in charge of the Tower’s ravens: legend has it that their departure will cause the kingdom to fall. It’s obviously not true (the Tower didn’t have ravens at a point in the ’40s, and we won the war, didn’t we?), but Skaife takes great joy in describing his daily routine, the awe-inspiring intelligence of corvids (they’re about as clever as a five-to-seven-year-old human child), and the Tower’s many myths and legends. I got to go on a private tour of the Tower with him, thanks to his publishers, and can confirm that he really is as jolly and eager to share knowledge as the book makes him appear. Follow him on Twitter, and pick this up for any history buffs, Anglophiles and/or bird-lovers you know this Christmas. 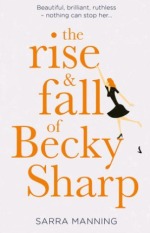 The Rise and Fall of Becky Sharp, by Sarra Manning: I wang on a lot about how Vanity Fair is my favourite novel of all time and Becky Sharp is perfection (I hate being asked about favourite novels, but it’s as close to a truthful answer as I can provide). So Sarra Manning’s update of the book was destined to be read as soon as the proof was available on NetGalley. As far as rendering Thackeray’s events and characters contemporary goes, Manning does a flawless job: Becky and Amelia now meet on a reality TV show, Amelia’s father is an investment banker whose disgrace comes when he’s found to have made some dodgy deals, the Crawleys are an acting dynasty (Dame Matilda Crawley is clearly modeled on Maggie Smith, down to her role as the purse-lipped matriarch of an ITV costume drama about an aristocratic family), and Becky’s dazzling rise to fame is boosted by sponsored Instagram posts and charity fashion shows. Is the writing on Thackeray’s level? Nope. Does it matter? Not at all. Great, intelligently executed fun, and hopefully will push people to seek out the original too. 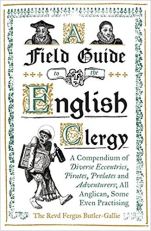 A Field Guide to the English Clergy, by Fergus Butler-Gallie: The community of Anglican priests is well-known for having more than its fair share of weirdos. Fergus Butler-Gallie draws back the curtain on some prime historical specimens. The back cover lists, for example, the Reverend Edward Drax Free, whose reaction to the attempts of his congregation to oust him for (amongst other things) repeated public drunkenness and stealing the lead from the church roof to sell for scrap was to lock himself in his study with “his favourite maid, a brace of pistols, and a stack of French pornography”. Eccentricity doesn’t mean awfulness, though; there’s a great charm in the vicar who insisted upon traveling only by horse (which he named Sabbatical, so that his secretary could quite honestly tell callers that the good reverend was “away on Sabbatical”), or in Launcelot Fleming, Bishop of Portsmouth, who once commandeered a Navy helicopter when he was late for services. Another one for the Anglophile, Anglican, or, indeed, eccentric of any persuasion, come Christmastime.