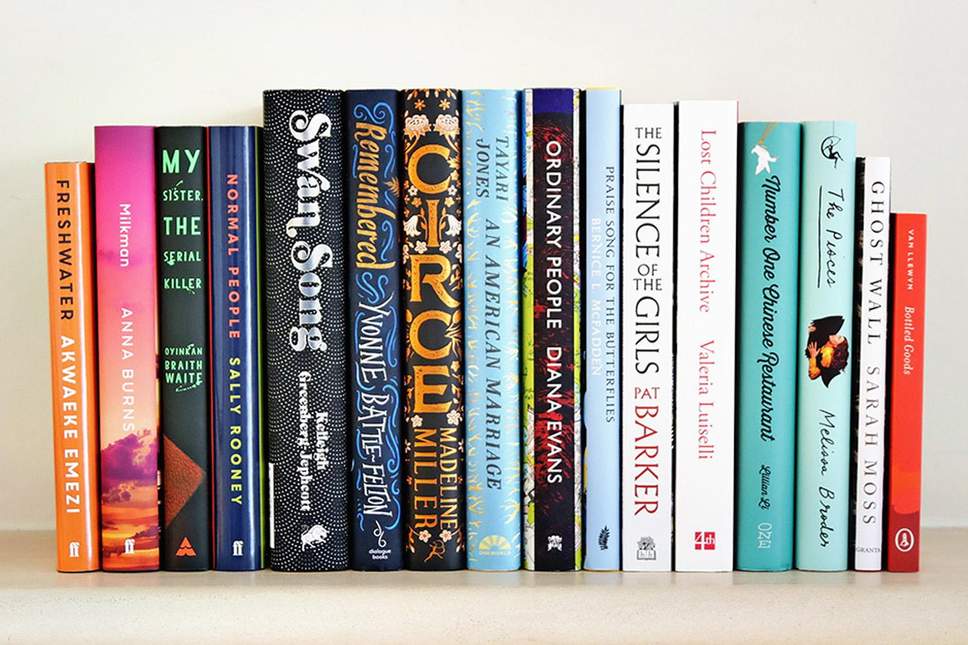 It’s happened! It’s out! The Women’s Prize for Fiction Longlist was released at midnight (which, as ever, is a truly baffling time to announce anything; the only good reason to do it is so that it’s top of the books news first thing Monday morning, but as Naomi Frisby has pointed out, it doesn’t make things easy for anyone with a regular day job who wants to promote the prize.)

There are sixteen books on the longlist; I’ve already read seven of them. Some of the contenders are unsurprising: The Silence of the Girls, Milkman and Normal People were all pretty safe bets. Some are surprisingly delightful: I loved Diana Evans’s Ordinary People and Lillian Li’s Number One Chinese Restaurant but never expected them to make the longlist, so hopefully this will get them some more attention. Obviously I’m delighted that Ghost Wall is there. Of the ones I haven’t read, the only two I hadn’t heard of at all are Yvonne Battle-Felton’s Remembered and Bernice L. McFadden’s Praise Song for the Butterflies, so I’m thrilled to have those authors to discover.

One very nice thing about this list is the number of authors of colour on it. Battle-Felton, Tayari Jones, and McFadden are African-American; Oyinkan Braithwaite is Anglo-Nigerian while Diana Evans is black British and Akwaeke Emezi is Nigerian. Lillian Li is Chinese-American, and Valeria Luiselli is from Mexico. It’s a proper 50:50 split, for possibly the first time (I haven’t the time to double-check the numbers on this at the moment). Also, Emezi is trans non-binary, which is definitely historical, and frankly overdue.

At the moment, my priorities are Melissa Broder’s The Pisces (which I’m reliably informed is very sexy and weird), Akwaeke Emezi’s Freshwater (which has been on my radar for some time anyway), Sophie van Llewyn’s Bottled Goods (which is from a very small publisher), and Valeria Luiselli’s Lost Children Archive (which I think we have a proof copy of, somewhere in the shop). My heart is still with Ghost Wall, though, which was far and away the best novel I read last year.

How about you? What excites you most about this list? What could be better? What do you wish had made the cut? (I’m sad not to see Siri Hustvedt’s Memories of the Future, for one thing…)