This game is like “6 Degrees from Kevin Bacon” only with books. You can join in too; the rules are here. 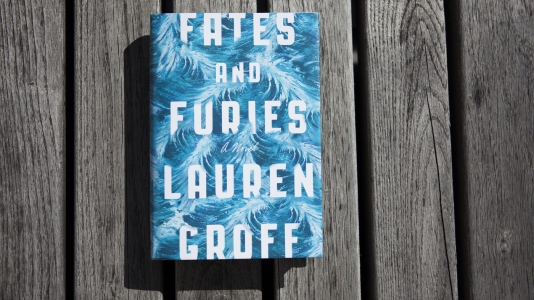 From a deceptive American marriage to the deepest questions of personal responsibility in mid-century Germany, via surrealist Japan and satirical Russia: a better geographical spread this month, though still quite Eurocentric. Does anyone have a different favourite fictional cat? I thought about Dinah, from Alice in Wonderland, or Tabitha Twitchit of Beatrix Potter, or, of course, Mrs. Norris from the Harry Potter series…

July’s been a month of changes. I’ve had my 24th birthday, marked my first year with the Chaos, left my job, and committed more concretely to writing my novel. I’ve also read a lot of books: fourteen of them, to be precise, seven of them counting towards #20booksofsummer and two of them on the Man Booker Prize longlist.

most gripping: The Queen of the Night, Alexander Chee’s chunky historical novel about a Parisian soprano whose past comes back to haunt her. It’s long and there are flaws, but it’s a hell of a book, impossible to put down and lushly detailed.

oddly anticlimactic: Linda Grant’s Orange Prize-winning When I Lived in Modern Times, a story about a young Jewish hairdresser from Soho who moves to Palestine after WWII. There’s political content – espionage and the handover of the Protectorate from British rule – but it’s under-emphasised, so that the shape of the book is a little uneven.

book that really should have made the Booker Prize longlist: The Tidal Zone, by Sarah Moss. It’s an exceptional novel, taking in its stride stay-at-home parenthood, marriage difficulties, the NHS, mortality, Coventry Cathedral, and much more. Sarah Moss really is a writer to attend to, one of the best novelists working in England today. 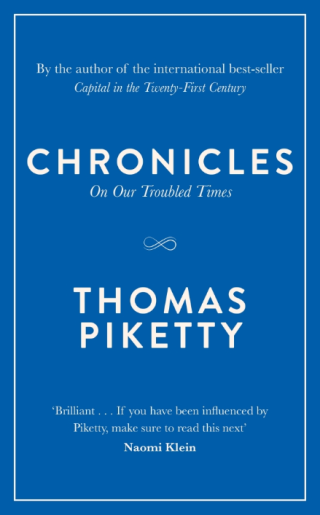 most sadly prescient: Thomas Piketty’s collection of columns for a French newspaper, Chronicles, about European economics, the global recession, Greece, the IMF, and much more. They date from 2012, but Piketty was already predicting the crisis in the Eurozone that led directly to Brexit.

most darkly surprising: Marilynne Robinson’s first novel, Housekeeping. I know her through her novels Gilead, Home and Lila, which are luminous with worldly spirituality; Housekeeping is much weirder, a story of two sisters raised by their eccentric aunt. Parts of it reminded me a little of Ottessa Moshfegh’s Eileen, in its portrayal of a young woman coming undone; you always think something terrible is going to happen.

best family saga: Anne Enright’s Baileys Prize-shortlisted The Green Road. I’m not that keen on Irish family epics, but Enright is a skillful and lucid writer, and this had the virtue of jumping repeatedly through time, which often makes things more interesting.

most thoroughly disappointing: Raw Spirit, a nonfiction book by Iain Banks in which he visited all (or almost all) of the single malt distilleries in Scotland. It was clearly commissioned in order to give him a kind of junket trip; he’s utterly upfront about that; but he also just struck me as a vaguely unpleasant, highly privileged man who did not think very much about his good fortune, preferring instead to cultivate lads-lads-lads friendships and drive fast cars. I’ll still seek out his science fiction, but gosh what a terrible introduction.

most emotionally complicated: Don’t Let My Baby Do Rodeo, the second of Boris Fishman’s novels to be published in the UK. It deals with adoption, immigration, infertility, and the complex currents of a marriage; there’s a lot to unpack in it, and Fishman’s prose is dense and thoughtful.

most evocative: Rosy Thornton’s Suffolk-set collection of short stories, Sandlands. United by themes of history, haunting, and the past’s effects on the future, it’s a marvellous group of stories that demonstrates a deep love for the Suffolk countryside and its people.

most philosophically demanding: The North Water, Ian McGuire’s Booker Prize-longlisted novel of a whaling voyage that descends into the heart of darkness. There are some levels on which I have issues with this book; it’s a prime example of the deeply masculine, aggressive, Blood Meridian-esque school of novel writing, in which men wrestle with great evil and women, if they exist at all, are whores or dead bodies or both. On another level, though, the writing is absolutely top-notch and the plot is so gripping I read it in a day.

most bewildering: I never know what to do with Flannery O’Connor, morally speaking. The Violent Bear It Away is, like her other novel Wise Blood, a story about a young man who tries to evade Jesus and can’t. It also features extraordinary violence and stupidity and obstinacy. It’s fascinating, especially because it’s not easy to tell what side O’Connor comes down on.

most relevant: The Year of the Runaways by Sunjeev Sahota, which was the only Booker Prize-shortlisted book from last year that I hadn’t read. If Marlon James hadn’t also been on the list, this would, or should, have won: an achingly open, generous-hearted novel about a house full of Indian immigrants in Sheffield, and the visa-wife of one of them, it refuses to give us pabulum for an ending. It is heartbreakingly good.

second most bewildering: The Many, Wyl Menmuir’s short novel (also Booker Prize-longlisted this year!) about a man who moves to a seaside town in Cornwall and finds that the history of the village is darker and more opaque than anyone is willing to admit. It feels like an allegory, but the terms of that allegory are not clear, which makes me wonder whether it wants to be cleverer than it actually is, or whether I’m just suffering from a failure of perception. Anyone else read it and want to help me out?

up next: I’m currently staying at my grandparents’ house, taking care of my grandpa for a few days while my grandmother is in hospital. I brought the collected poems of Dylan Thomas with me, but I can’t brute-force my way through it; it’s too gnarly. So I’ve picked up my old Penguin copy of Middlemarch instead. When I get back to London, I’ve got the rest of #20booksofsummer plus Mary Gaitskill’s The Mare and another Booker longlister, A.L. Kennedy’s Serious Sweet, waiting for me.

…and I can’t remember who it was! I think the request came via WordPress, but I’ve gone back through my comments and I can’t find it.

In any case, mystery person, if you liked Anna Karenina, here’s where you can go from there:

To other European adultery novels

The two most famous are Madame Bovary, by Gustave Flaubert, and the slightly less well-known Effi Briest, by Thedor Fontane. Madame Bovary is, as I recall, mildly infuriating because Emma Bovary is so bloody difficult; Effi Briest, on the other hand, is short and totally fascinating because it has so much to say about the idea of “Prussian rectitude” and how silly and destructive it is to live your life by an overarching patriotic standard that has no room to accommodate the needs and wishes of the individual. Also, Effi is a terrific heroine. She’s calm and composed throughout, even in her final illness, and although she dies (of course), her husband actually dies first, which, in the context of an adultery novel, basically means she wins.

To other novels about the Russian aristocracy

I’ve not read very much Russian literature, but try Ivan Turgenev’s Fathers and Sons for further depictions of young men trying to implement political and agricultural reforms against the prejudices of their elders (like Levin in Anna Karenina). There’s also Boris Pasternak’s Doctor Zhivago, which will deliver a similar sort of sweeping love story. (Bonus: you can watch Keira Knightley starring in the films of both Doctor Z. and Anna Karenina, and decide whether you’re more convinced by her Lara or her Anna. Or neither.)

You can read War and Peace, obviously, if you like. I’d recommend making some sort of chart for the characters, though. He also wrote a novella called The Kreutzer Sonata, which I bought for $3 from a secondhand bookshop in Maine when I was fifteen because I’d heard it referred to as a “disturbing psychosexual drama”. It was less dirty than I had been hoping, but it’s got the whole passion/death complex that Anna Karenina has in spades.

I hope this finds whoever asked me about it…terribly sorry for forgetting the circumstances/identity of the questioner! 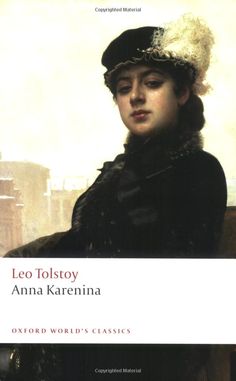 This is my absolute favourite Anna Karenina cover. Look at how that face combines beauty, wealth, and haughtiness, without seeming actually unpleasant. It’s brilliant.

Top Ten Tuesday is a weekly meme hosted by a blog called The Broke and the Bookish (yep, and…yep.) They’re cool. Check ‘em out. This week’s topic is courtesy of a text conversation with Glinda: top ten fictional characters I have definitely fancied.

1. Benedick from Much Ado About Nothing. This is sort of weird because my little brother just played Benedick (to rave reviews, might I add), but come on. He’s by far the bravest, funniest, most in-touch-with-his-feelings man Shakespeare ever wrote. Also, young Kenneth Branagh. Awwww.

2. Lord Peter Wimsey, of the Lord Peter Wimsey Mysteries. Urbane, witty, and owner of a landed estate. Also married to Harriet Vane, so two for one, really. (Nb: no actor has ever successfully portrayed this character. All have fallen short.)

3. Hotspur (Harry Percy), from Henry IV pt 1. Another Shakespearean! I love Hotspur’s banter with Lady Percy, his general liveliness, the fact that he obviously adores her and yet also has a certain amount of drive and initiative… Shame he dies, in the end.

4. Levin, from Anna Karenina. There’s just something about a guy who knows how to scythe, I’m sorry. (Lookin’ at you, Poldark.) Also, Levin proposes to his wife by way of the nineteenth-century Russian version of Scrabble, which is pretty much the best thing anyone’s ever done.

5. Jason Compson, from The Sound and the Fury. Sure, he’s a mean alcoholic, but I bet he’d be great in bed. Gotta have an emotionally compromised Southern boy on this list.

6. Madame Goesler, from the Palliser series by Anthony Trollope. One of the few women in this series who manages to make her own way in the world. Her first marriage (to a wealthy old European who then dies) sets her up for life, and she refuses to take advantage of the decrepit Duke of Omnium by marrying him before his death, so she’s got a moral compass. She’s also, obviously, incredibly sexy.

7. Byron Bunch, from Light In August. Byron is not incredibly sexy. He’s about as workaday as you get. But he’s a good, sweet, simple man, and he loves sweet, simple Lena, and sometimes that’s all you need to know about someone.

8. Iago, from Othello. Look, I’m sorry about this, but you know it’s true: inexplicable malevolence is hot. End of.

10. Angel Clare, from Tess of the D’Urbervilles. The original Nice Guy. Encounter him in your twenties and you won’t be impressed; encounter him for the first time as a fourteen-year-old and you will be smitten. Then, of course, you’ll be disappointed. At least he starts off well.

No Heathcliffs or Rochesters on this list! At least I appear to have a defined fictional type: clever, funny, sincere (despite the ability to wield irony), and (mostly) wealthy. Hmmm…