Lemon drizzle is a fine thing

Bookish and Not-So-Bookish Thoughts is run by Christine at Bookishly Boisterous; link up, link back, say hi.

We were in Cornwall all last week, Airbnb’ing in a studio flat above a gallery on Barnoon Hill in St. Ives. So this week’s Bookish and Not-So-Bookish Thoughts is Cornwall-themed!

It’s Thanksgiving on Thursday. As per usual, I sort of forgot about it until the beginning of this week, so I haven’t made an American-style feast to assuage my homesickness and feed all of my friends. Maybe next year. (I say this every year.)

Last Thanksgiving sucked. I was alone, in a house I’d only moved into the month before, in a job I couldn’t stand; my mother was about to start radiotherapy and I was an ocean away from her; my writing was stalling. My whole life felt like it was stalling. I wrote a Facebook post about the things I was grateful for–to be essentially healthy (despite having a chronic medical condition), to have functioning limbs and eyes and lungs, to possess a house and a job at all, to have a family that loved me. It got a lot of likes, but it didn’t make me feel much better. Instead, that night, I cried, and I read.

I read Northern Lights, by Philip Pullman, which is the first in the trilogy known as His Dark Materials. It’s less philosophically angsty, less aggressively atheistic, than the other two, but it’s magically clever, with images that haunt and hold you: a golden compass. A polar bear in steel-blue armour. A narrowboat nosing through the fens. It distracted me, it charmed me, and I was utterly, utterly thankful for it.

In that same spirit, here are some other books for the existence of which I’m grateful: because they provided coping strategies, because they opened my eyes, or because they entered my life when I most needed them. They’re not all my “favorite” books or the best books I’ve ever read, but they’re the ones that I owe something to.

The Song of the Lioness quartet, by Tamora Pierce.

These are (or were until my dad cleaned out the bookshelves in my old playhouse) absolutely essential comfort reading for the holidays. Alanna of Tortall is a kick-ass warrior protagonist, but she’s also sexually active and empathetic: neither the Manic Pixie Dream Girl nor the dreaded Strong Female Character gets a look-in here. The first books that suggested bravery as an ideal to emulate. 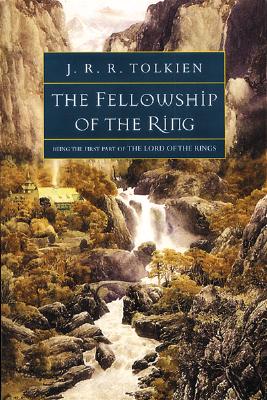 Still one of my favorite covers of all time.

The Lord of the Rings trilogy, by J.R.R. Tolkien.

All I would read when I was ten or so; I don’t think I touched another book for months. I obsessed over them, whispering the proper nouns to myself, feeling the sound of them in my mouth: Earendil, Morgoth, Galadriel, Lothlorien, Fangorn. Years and years later, I’d study Anglo-Saxon poetry and realize quite how much of it Tolkien jacked, but during my early adolescence, the magic of Middle-earth was entirely unspoiled for me. It was immersion on an unprecedented scale; I’d never before entered so fully and willingly into someone else’s world.

A Dog So Small, by Philippa Pearce.

Very situation-specific, this. I was thirteen when the Heathrow airplane hijacking scare happened, the day before we were due to fly home and four days before I was due to start high school. We were delayed for forty-eight hours: scared, thirsty, heat-struck, impatient, and confused by inadequate communications. I was terrified I’d miss the start of freshman year (I was an unbearably nerdy little twerp). I spent those two days reading aloud to my brother (who was then eight) this book by the author of Tom’s Midnight Garden. The book is about a dog so small it fits in peoples’ pockets. I’ve no idea where it came from, and I think we left it on the plane, because we couldn’t find it once we got home. It’s difficult to conceive of a situation in which I could possibly have been more grateful for a book; I’ve always entertained the notion that, like Mary Poppins, it came to us when we needed it.

This was the book that taught me, when I was seventeen, that I could feed myself. It’s impossible to overestimate the force of that revelation to a habitually overweight, diabetic teenager. Suddenly it became clear that not only was it okay not to be a size zero (that, indeed, you could be successful and happy without that), but also that I could take charge of what I put in myself. I could cook what I wanted to eat, and eat what I cooked. Mind-blowing. Of course, this did not stop me from massively fucking up the first thing I cooked from this book (a seared sea bass recipe of which the less said the better, except to mention that fish sauce and fish paste are not the same thing). But it did put my feet on a path that led to empowerment and autonomy and self-acceptance, which, when you’re seventeen, is everything.

Read this past spring. I am grateful to it because, of all the books I have ever read, none so clearly and immediately evoked my frame of mind post-breakup as this one did. McKeon had it. It was like she had been there. I hadn’t been at all well, mentally, and her protagonist, Catherine, with her doomed obsession for her best (gay) friend James, echoed to precision all the things I had thought and felt. I cannot tell you what a relief it is to know that you may have been mad, but you’re not alone in your madness. Tender did that for me.

Sometimes you’re grateful for things not because they make you happy or comforted, but because they smack you in the face with a (metaphorical) mackerel and remind you to wake the fuck up. That’s what this report did. I hold a passport from a country that engaged in extrajudicial punishment of prisoners being held on charges that were frequently not articulated to them; those punishments often escalated into torture, which was only very thinly rationalized, and the CIA lied about it, repeatedly and deliberately, to other branches of government and to the media. If I’d ever had any lingering innocence about the essential benevolence of Western democracies, this report exploded it, and that’s as it should be.

Cheryl Strayed is, as my friend JonBoy would say, “a genuine goddamn treasure”. She is the former advice columnist for the Rumpus (writing under the pseudonym Dear Sugar), and Tiny Beautiful Things is her collected works. It is impossible to explain how important, how radically compassionate, these columns are unless you have read them. Without judgment, without sentiment, with infinite love and patience and knowledgeability, Strayed tells her readers what they already know they must do to be the best versions of themselves that they can hope to be. She is neither unrealistic nor discouraging. I once described her as your best friend, your coolest teacher and your big sister all rolled into one, and I stand by it. Everyone in the English-speaking world ought to be grateful for Tiny Beautiful Things.

given a speech at Burns Night

done four live radio broadcasts from Manchester, over a week during which, apart from the broadcasts, I did nothing except revise medieval dream poetry and watch baking shows with the Duchess

learned to lay a fire

gotten naked–for the children (and it’s not often you hear someone say that) (aka participated in the naked calendar produced by ExVac, Exeter College’s own charity which takes disadvantaged children for a week’s holiday in the spring vac)

drunk red wine in a mortarboard

worn a corset in public

applied to do postgraduate work, and been rejected, and been devastated about that, and then been kind of okay with it

swum naked in the Adriatic

danced in an Italian bar until two in the morning

sung Bruckner motets for bewildered but enthusiastic Italians, also at two in the morning

met Philip Pullman, and chatted about The Faerie Queene with him

watched all three series of Game of Thrones

walked on the North York Moors

joined Pottermore, and done absolutely nothing on it

laughed so hard I spat water all over the kitchen

cried so hard I couldn’t see the next day

gone out every night in a week

…and they all had red eye, The End

created a graph in Microsoft Excel

started to write poetry again, and submit it

won a mention in the Southwest Review’s poetry competition

flown home for the first time in a year

bought alcohol without being carded (in the States, no less)

started to realize that you can be happy and uncertain at the same time.

Happy New Year’s, you guys. I hope that Santa brought you everything you asked for, that your New Year’s Eve is safe if not sober, and that the coming twelvemonth (a word that needs bringing back) is good to you!

Happy New Year from (most of) L’Auberge Anglaise! (missing Darcy and Half Pint, who’s taking the picture)