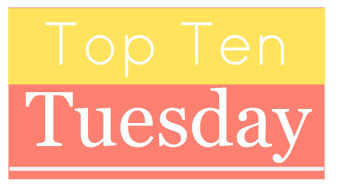 Top Ten Tuesday is a weekly meme hosted by a blog called The Broke and the Bookish (yep, and…yep.) They’re cool. Check ‘em out. This week’s topic is courtesy of a text conversation with Glinda: top ten fictional characters I have definitely fancied.

1. Benedick from Much Ado About Nothing. This is sort of weird because my little brother just played Benedick (to rave reviews, might I add), but come on. He’s by far the bravest, funniest, most in-touch-with-his-feelings man Shakespeare ever wrote. Also, young Kenneth Branagh. Awwww.

2. Lord Peter Wimsey, of the Lord Peter Wimsey Mysteries. Urbane, witty, and owner of a landed estate. Also married to Harriet Vane, so two for one, really. (Nb: no actor has ever successfully portrayed this character. All have fallen short.)

3. Hotspur (Harry Percy), from Henry IV pt 1. Another Shakespearean! I love Hotspur’s banter with Lady Percy, his general liveliness, the fact that he obviously adores her and yet also has a certain amount of drive and initiative… Shame he dies, in the end.

4. Levin, from Anna Karenina. There’s just something about a guy who knows how to scythe, I’m sorry. (Lookin’ at you, Poldark.) Also, Levin proposes to his wife by way of the nineteenth-century Russian version of Scrabble, which is pretty much the best thing anyone’s ever done.

5. Jason Compson, from The Sound and the Fury. Sure, he’s a mean alcoholic, but I bet he’d be great in bed. Gotta have an emotionally compromised Southern boy on this list.

6. Madame Goesler, from the Palliser series by Anthony Trollope. One of the few women in this series who manages to make her own way in the world. Her first marriage (to a wealthy old European who then dies) sets her up for life, and she refuses to take advantage of the decrepit Duke of Omnium by marrying him before his death, so she’s got a moral compass. She’s also, obviously, incredibly sexy.

7. Byron Bunch, from Light In August. Byron is not incredibly sexy. He’s about as workaday as you get. But he’s a good, sweet, simple man, and he loves sweet, simple Lena, and sometimes that’s all you need to know about someone.

8. Iago, from Othello. Look, I’m sorry about this, but you know it’s true: inexplicable malevolence is hot. End of.

10. Angel Clare, from Tess of the D’Urbervilles. The original Nice Guy. Encounter him in your twenties and you won’t be impressed; encounter him for the first time as a fourteen-year-old and you will be smitten. Then, of course, you’ll be disappointed. At least he starts off well.

No Heathcliffs or Rochesters on this list! At least I appear to have a defined fictional type: clever, funny, sincere (despite the ability to wield irony), and (mostly) wealthy. Hmmm…

8 thoughts on “Top Ten Fictional Characters I Have Definitely Fancied”