Forthcoming in January 2020: a bundle of truly excellent new titles, some of which I’ve read over the last few weeks. Let us hope that a good literary start to a new decade is an omen.

Long Bright River, by Liz Moore: A genuinely exceptional crime novel, reminiscent of Dennis Lehane and Attica Locke, set in the drug- and prostitution-addled Philadelphia neighbourhood of Kensington. Our detective protagonist, Mickey, grew up in the area and has seen friends, cousins, neighbours, and her own parents and sister, fall prey to opiate addiction; keeping her patch safe is her biggest priority. Keeping her sister, Kacey, safe is equally important to her, but Kacey is a sex worker and a heroin addict, and Mickey is permanently worried about her. When it becomes clear that a serial killer is targeting Kensington’s sex workers, Mickey has to find the murderer and protect Kacey, even if it means going against orders. Her relationship with her former partner, Truman, is exquisitely drawn, as is her history with her ex-husband; the story of their marriage is an intelligent reinforcement of Moore’s exploration of how structural power is used against women, especially vulnerable ones. Not to be missed.

Such a Fun Age, by Kiley Reid: I was meant to love this, according to the people I know at its publisher (Bloomsbury), and it almost feels churlish not to have done so. It is a forthright and quite uncompromising look at the shifting dynamics between a liberal white woman who desperately wants to be liked, and the slightly younger black nanny of her children; Reid’s major success is to create an atmosphere where all of the characters are both irritating and sympathetic, where everyone—even those that are more irritating than others, like the white boyfriend who has a history of fetishizing black people—makes at least one valid point about the emotional dishonesty and manipulative behaviour of the other characters. Where it’s not particularly subtle is in the illustration of nanny Emira’s friendship circle, which seems to consist primarily of Sassy Black Girl Friends. Ultimately uneven, but thought-provoking.

Braised Pork, by An Yu: Gorgeous cover, no? Despite the red flecks, it’s not especially gory; more than anything, it reminded me of Murakami, which is a comparison I generally dislike but which does occasionally seem applicable. In Braised Pork, a young woman finds her husband dead in the bath, the only clue to his demise being a scrap of paper upon which he has drawn a fish with the head of a man. His widow sets out to find the source of the strange drawing, and finds herself re-examining her own childhood in the process, including her father’s abandonment of their family. For me, the clearly magical realist elements of the novel (the un-dreams she has where she’s swimming deeper and deeper into a black lake in search of the fish man; a long sequence in a remote Tibetan village where an elder has been carving the image for decades) sat uneasily alongside the more prosaic family drama. Like Murakami, Yu’s novel often feels meandering and purposeless, though there no doubt is a purpose. Not my cup of tea, but might well be for someone else. 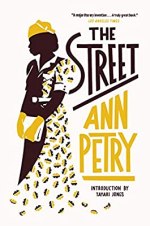 The Street, by Ann Petry: Slated for republication by Virago Modern Classics, this was originally published in 1946 and was the first novel by a black woman to sell more than a million copies in America. Like much of what I’ve read from Virago recently, there is a fantastic sense of contemporaneity to it; the story of Lutie Johnson, who tries to keep herself and her son safe and their integrity intact, but who must contend with sexism, racism, and the devastating grind of poverty, is told with a fury so passionate and fresh that I wouldn’t have been surprised to find the ink still wet on the page. Petry’s work is clearly a frontrunner for a literary tradition that went on to encompass Gayl Jones, Toni Morrison, Paule Marshall, and Tayari Jones.  Frequently skirting melodrama but always redeemed by Petry’s absolutely clear, burning vision, it’s a gripping page-turner as well as a portrait of a woman trying to maintain sanity within a system that has been specifically designed to destroy her. 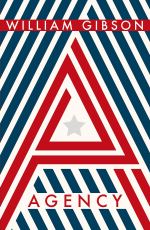 Agency, by William Gibson: It must be odd to be William Gibson. Society, and technology, has more or less arrived at a point that he wrote about as futuristic during his early career; he’s now indelibly known as a science fiction writer, but Agency—though it has all of the trappings of a techno-thriller and is, certainly, science fictional—is less world-of-tomorrow sf than world-of-three-minutes-from-now satire. It concerns the development of an autonomous AI system, originally created as a form of virtual handler for covert military operations, now stolen by a Silicon Valley firm and marketed as a PA called Eunice. There’s time travel (sort of, in a manner of speaking), and high-speed motorcycle chases, and a remote-control drone shaped like a radiator, and a lot of quick, slangy banter. It’s terrific fun and reasonably clever along with it, though I think Gibson’s ending is optimistic.

Threshold, by Rob Doyle: Nothing—no friend’s impassioned recommendation, no innate desire, no travel article—has ever, ever made me want to drop acid and go to a three-day rave at a Berlin nightclub. This book did. Doyle seems to have written a type of autofiction, one in which all he does for at least a decade and a half is travel around Europe, writing in a desultory fashion and taking a lot of drugs. As a human being, narrator-Doyle is faintly insufferable—he’s not good to women and remarkably solipsistic—but of course the relationship of narrator-Doyle to author-Doyle is indirect. Rachel Kushner writes, on the front cover, that she “learned to stop worrying (about what sort of novel this is) and love the narrator”; I never quite loved him, but I did warm to his earnest, encyclopedic  informativeness, and the postcard-from-Europe style of his perambulations around various cities. And no description of the effects of hallucinogens has ever entranced me half so much.

The Mercies, by Kiran Millwood Hargrave (6 Feb): I’m ever wary of covers like this one—it’s generally a dead giveaway that the publishers are attempting to ride the Essex Serpent wave, though sometimes (see The Mermaid and Mrs Hancock) it pays off. Millwood Hargrave’s first novel for adults (she’s a successful children’s/YA author) is based on the true story of a freak storm that killed forty men off the coast of a Norwegian island in 1617, and the subsequent imprisonment and trials for witchcraft that the women of the island suffered. Its relevance to the modern day is, perhaps, a tiny bit on the nose (yes, men dislike powerful women! Yes, religious mania is a figleaf for controlling sadists!) I was, however, moved by Millwood Hargrave’s description of the physical effects of grief and depression, and by her sensitive portrayal of the central (lesbian) romance. A wonderful historical yarn to curl up with on cold nights. 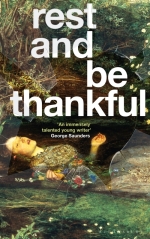 Rest and Be Thankful, by Emma Glass (19 March): Curious, this: Glass’s depiction of a NICU nurse who is overworked, desperately sleep-deprived, and already prone to chronic anxiety and depression is extremely affecting, but also feels very one-note. There is nothing in the book other than the protagonist Laura’s increasing inability to keep herself together, her physical deterioration (red, cracked hands and greasy hair) mirroring her mental and emotional decline. Her boyfriend, who leaves her, is clearly a dickhead, but one also struggles to blame him for wanting more out of his relationship than the miserable zombie he’s currently living with. Hints that Laura is struggling with a deeper trauma hidden in her past go some way towards clarifying her state of mind, but the final-page revelation feels slightly unearned. Perhaps if I read it a second time I would get more out of it.

My Dark Vanessa, by Kate Elizabeth Russell (31 March): I put off reading this (the hype! The overt Nabokov, specifically Lolita, intertext! The teacher/student romance thing!) I was, eventually, blown away by it. Russell gets everything so right: the way that English teacher Jacob Strane grooms fifteen-year-old Vanessa, making her feel special and clever, playing on her emotional intelligence to push her into wanting to be “cool” and “mature”, and therefore not reacting negatively when he at last touches her. The way that Vanessa, seventeen years later, struggles with revelations that Strane did this to other students; the way that, as she tells her therapist, she doesn’t see herself as a victim; the way that she has to tell it to herself as a love story—because if it isn’t, how can she bear it? I recognized so much of myself in Vanessa’s reactions and longings that it scared me: if the right (wrong) person had come along when I was fifteen, I was nearly as vulnerable as she was. A lot of girls are. Russell deals with an incredibly difficult, complex subject with the nuance and shading that it deserves, while never being unclear about the dreadful effect Strane has had on Vanessa’s life. Believe the hype.

What are you looking forward to reading in January?

9 thoughts on “books to look forward to”